All About NonFarm Payrolls And How To Trade It 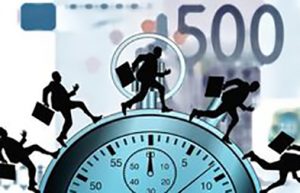 NonFarm Payrolls is the most important economic news event for the US market.

The U.S. Nonfarm Payrolls and Unemployment Rate, or NFP for short, comes out the first Friday of each month at 7:30 am EST.  Besides FOMC announcements, NFP is one of the most volatile economic news trading events of the month.

The NFP is released by the U.S. Department of Labor on the first Friday of each month, outlining changes in the number of employees, excluding farm workers and those employed by the government, non-profit organizations and private households.

The NFP release, per market consensus, is expected to show how many private sector corporate jobs the U.S. economy added or lost in the previous month.  The markets closely watch the average hourly earnings figures as well.

If we see a significantly bad NFP release of less than expected added jobs, coupled with an Unemployment Rate more than expected, the markets will most likely see USD come under downward pressure.

A strong NFP release of greater than expected number of jobs added, with the Unemployment Rate % less than expected, will likely result in USD strengthening.

As always, it will be important to note any revision from the previous month as this will impact market sentiment regardless of the current release.

NonFarm Payrolls is an economic indicator that tends to trigger sharp market movements in the minutes leading up to its release and afterwards.

Market sentiment can really affect currency movements. What traders expect from the report has as much impact as the actual released data, if not greater.

A higher figure than the one registered during the previous month signifies an improvement in employment numbers. This, as well as the release of a higher-than-expected figure, mean an increase in the number of jobs created and are positive for both the U.S. economy and the dollar.

A lower figure than the one registered during the previous month, as well as a lower-than-expected figure, usually have a negative impact on the dollar as they demonstrate a drop in employment numbers.

How To Trade NonFarm Payrolls

Remember that the sudden spike observed across the charts of many currency pairs upon the release of the NFPs is usually followed by a period during which the market tries to recover and return to its initial price levels.

Some traders are afraid of trading NFP but if you learn how to read the charts for the US-related currency pairs, you can trade this red economic news event with relative ease and assurance by getting positioned hours or minutes before the news event.

Visit my other post to learn how to set up your Forex Factory Calendar for your timezone and to see only the red news events and how to trade them:

Dedicated to your trading success, 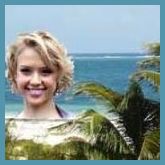 “Trading from the beaches of Mexico!  You can too!”

* Risk Disclaimer: Trading is risky and is not suitable for everyone. Only risk capital should be used. You are responsible for your results and agree to hold everyone else harmless if you lose.

Cynthia started trading stock options in the late 90's and discovered the forex market in 2002. She created her first forex trading system in 2003 and has been a professional forex trader and system developer since then. Currently, she has four MT4 color-coded trading systems. An avid ocean lover, she enjoys all ocean-related activities, including body surfing, snorkeling, scuba diving, boating and fishing. The Color Ribbon Surfing System was created out of her love for the waves of the ocean.
View all posts by →

Hi Cynthia - firstly I would like to say I am thrilled with your Trend and Flat system and made my first 11 pips profit this morning on £/JPY this a.m. which I don't normally trade so took your advice.

Just thought I'd let you know that I love your Currency Strength Meter. It really helps me decide which trades to take, as I can now pair a strong currency with a weaker one. And it's so simple to use. You can see at a glance which currencies are strong and which are weak. I also like the enhancements to the PRO template, especially the new trade buttons, which now allow pending orders.

Have a great weekend.

I have used several of Cynthia's previous systems but I think, having used the Neon Breakout only for a week, that it is in a class of it's own. I am used to trading 15 min. charts and so far every trade has been a winner, which is outstanding. As an experienced trader I do not expect all trades to win but this is certainly the best and easiest I have encountered to date.

For the record Cynthia has no idea I am writing this testimonial and I have never met her.

First of all let me say WOW! Just diving into the Neon Breakout system and trying to absorb all of the amazing amount of information. Looks like a great system, can't wait to start using it on my demo acct. Definitely a lot more tools to use than previous systems. Thanks for creating new and improved systems, but even more than that, thank you so much for your continuing support and interactions with your customers. I've never seen that from any one else in Forex. Like everyone else, I've spent mucho dollars on other systems and training that left you with little or no support and, in the end, a mostly worthless system. I know we've all done that. So again, thank you for being there for us long term. It means a lot cause Forex trading ain't all that easy without your help! Love the excellent training videos.

I have been doing really well with the currency strength meter software i purchased from you, I have tried the strength meter from another software but did not care for it...I use the 4hr charts and I make money consistently....you have really changed my LIFE...thank you so much!!

I use your Breakout Simple System and LOVE LOVE it!! Thank you for sharing your wisdom for such a reasonable price. It has been life changing for me.

Hi Cynthia. The Simple Neon Breakout system is so simple and profitable. I love your custom MACD which shows direction and strength of the momentum. I am excited to trade with it. 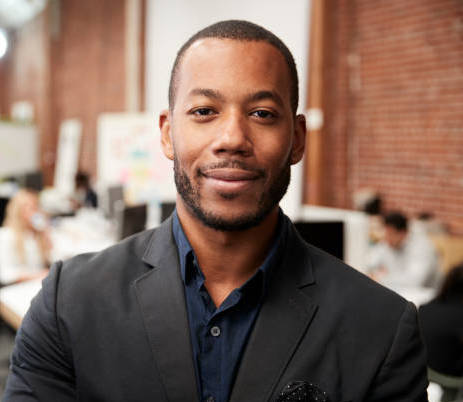 I Have been trading the E-Mini S&P 500 Futures and Forex for a while now, but since I incorporated Cynthia and Tink's Happier Trader Meditational video, it has impacted me psychologically and changed my perspectives of the markets and my style trading. The resulting effect has doubled my trading account balance with a high win ratio which was never achieved earlier. Now it's a breeze whenever I sit down to trade my strategy with full confidence. It's a real game changer!!

Ok started using your newest system tonight and I am loving it. It really does help so much with recognizing divergence. At first I was not sure if I needed the Advanced version for my Binary trades, but the more I use the Advanced version, the more i see the need and benefit for it. I will be using it on the 5 min and 1 hour Binary Options. My first night was very profitable. I will also fund my FX Choice acct again, as this makes trading so easy, Thanks again Cynthia, looking forward to the next one. Update: Cynthia in addition to previous comments, I believe this is the most profitable and easy to use system that you have come up with so far. I am so excited to be using this !!

I've been wanting to learn more about how to trade retracements and see divergence and Cynthia's Advanced Neon Breakout has the extra divergence indicator that makes seeing momentum and trend change coming. Her training videos in the PDF are excellent and I'm learning all about trading retracements and re-entries. Her new system makes it so easy, I'm really enjoying it! 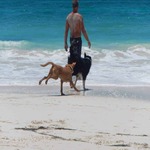 Cynthia has outdone herself with this extremely helpful trading system, the Neon Breakout--she has used her natural trading talents, extensive knowledge and vast experience to create something that does all the "heavy lifting" and uses indicators (wonderfully explained in her videos) and arrows to keep you on track--nothing is absolute in currency trading, but this program gives you a wonderful chance to be among the 5% that are successful traders............. 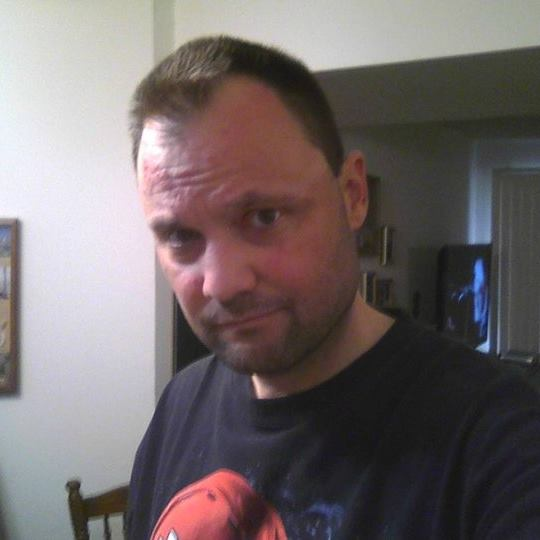 Hi Cynthia. Just going through the PDF and watching the training videos for the Green Tomatoes system. I think you've really put something pretty spectacular together here. I REALLY love the different profiles for the different trading sessions. I believe this will be a HUGE help to me.

Cynthia, you and your staff have really developed a great package in the Advanced Neon Breakout. I love it! Just so you know where I came from, I "was" an e-mini trader for about four years, and lost my shirt+. So doing the longer Forex day trade, M30, H1 or H4 really is a nice break for me. I have been trying to learn Forex for the past two and a half years. Love your color MA's and the divergence indicators. They are spot on. My goal tomorrow is to trade just two currencies, and I can see where you can get 100+ pips using the new system. Many thanks for all your efforts and the assistance that you provide me.

Get FREE PDF To Learn The Basics Of Forex Trading 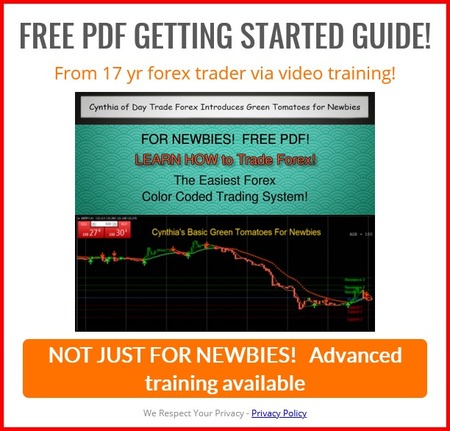 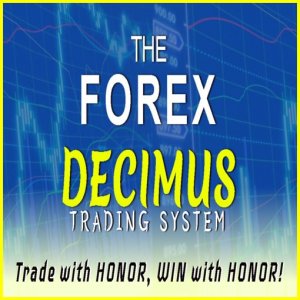 FXChoice Takes Worldwide Traders except from US 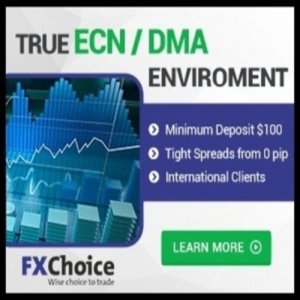 For Non-US Traders: Let The Pros Trade For You! Fund With Bitcoin! 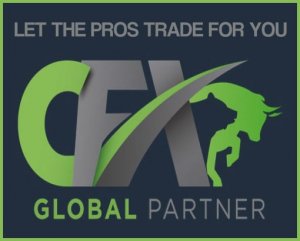